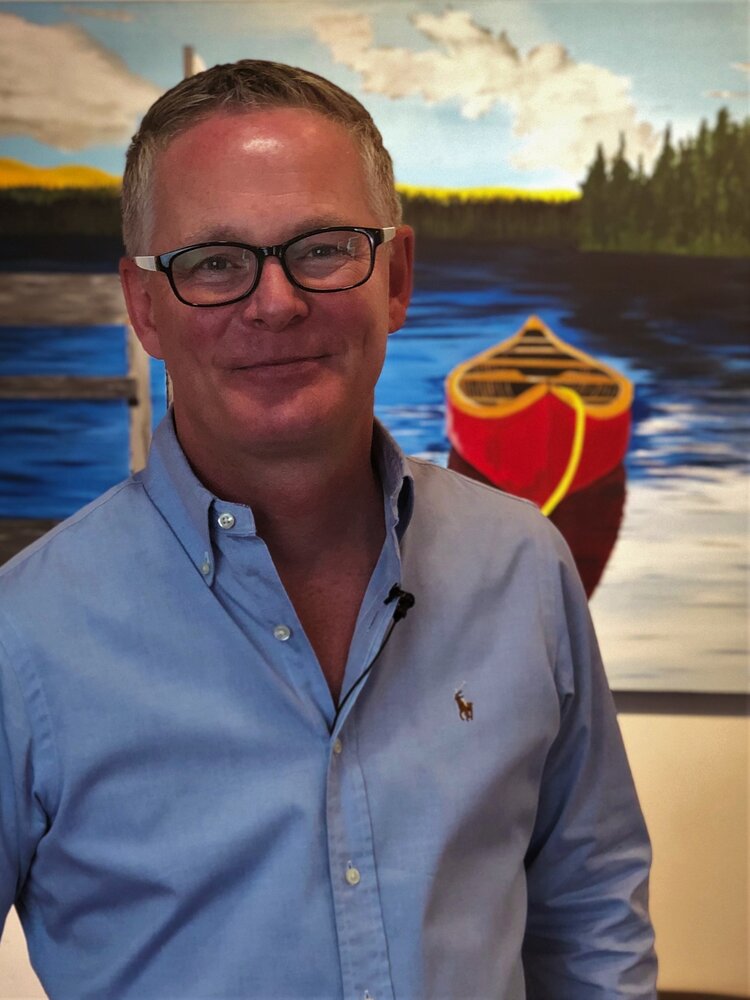 Step into one of Karl Penton’s warm and welcoming Art Galleries and one thing is immediately clear – this is an artist who loves colour! Karl’s eye-catching paintings, limited edition prints, cards and decorations are bright and vibrant, bringing his obvious joy of Atlantic Canada’s colours to life through his artworks. Karl Penton is one of the very few independent artists running a successful gallery showcasing his own work.

While his works have sold across Canada they have also sold worldwide, with originals now hanging in Germany, Australia, England and the United States. A lot of business comes through word of mouth, but online sales have picked up as more visitors share images of their colourful treasures. “I learned early on that by making all of my prints fit standard size frames, it’s much easier for people to imagine taking something home,” said Karl, whose colourful Christmas tree decorations are flying off the shelves. “I ship around the globe, which makes it much easier for people who want my work to have it, without having to worry about luggage space while travelling home.”

Karl has lived throughout Canada and moved to Halifax to attend NSCAD, along the way he and his husband have found a home for themselves and his art in the city. Most of the work found in the gallery is made on-site and all products are made in Canada!

The Karl Penton Gallery has expanded from one location in Historic Properties on the Halifax waterfront, to three locations! Karl’s work can now be found in Bedford Nova Scotia, at the Sunnyside Mall and in Charlottetown on the waterfront underneath the Peakes Quay Restaurant. With the expansion from one gallery to three, Karl has had the pleasure of having over twenty artists join in displaying their artwork in his galleries.

It’s important to Karl that the gallery be a welcoming place. Rather than add more display units, he’s kept it open and easy for those with disabilities to move around the store. “Accessibility is important to me, whether it’s a client who just wants to browse and is frustrated that they can’t get into a lot of places, or a breastfeeding Mom – I try to make my Gallery inclusive for everyone. Sometimes people just come in to watch me paint.”